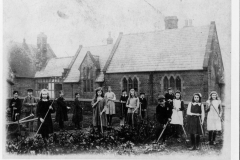 The School The school was built in 1860 and took children up to the age of 14. Boys and girls worked in the school garden in addition to their basic education. Today this garden area is a playing field. The attached schoolhouse has been renovated to accommodate the headteacher’s office and new entrance hall. 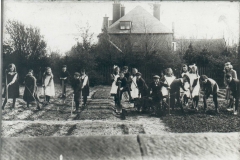 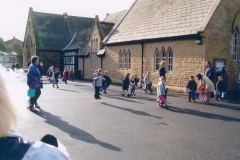 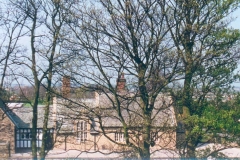 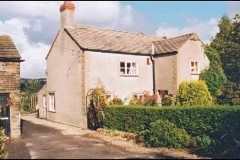 Ivy Cottage Farm This Grade II Listed farmhouse was built in 1742 and is still a working farm. 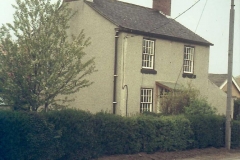 Ashford House In 1919, Lord Derby sold this house to the Stopforth family and, in 1951, it was sold to Richard Sephton. It has been extensively renovated. 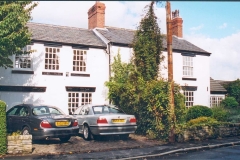 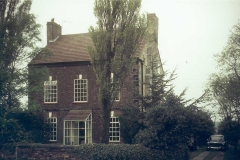 High House In 1845 this Georgian house was owned by Richard Edge. The house, outbuildings and yard, covering 19 perches, were rented by John Martland for 7d a month. 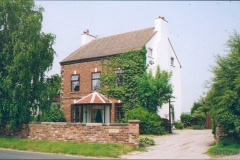 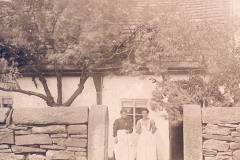 White Cottages Two Grade II listed cottages, probably the oldest in the village. They were a cruck-framed longhouse, with four bays, built in, at latest, the 16th century. The first two bays were for domestic use and the third and fourth, a stable and shippon. 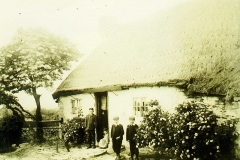 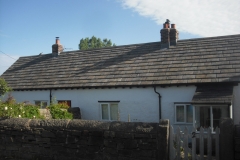 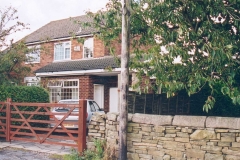 The Paddock This modern house was built on the site of an old thatched cottage. When it fell into dereliction, it was frequented by an old tramp and children used to dare each other to rush in and see if he was there. 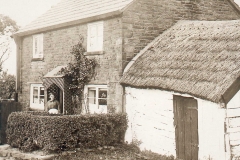 The Cottage This cottage still exists in Back Lane but the old thatched shippon and stable have long since been demolished. The cottage has been enlarged over the years. 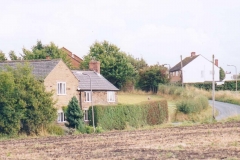 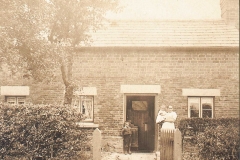 Dane’s End This cottage stood on the corner of Back Lane and Deans Lane. The height of the cottage was increased using different sized brick. The child being held is Miss Cornwell, who spent her entire life in this cottage until her death in 1997. The old cottage was replaced with a modern one in 2006. 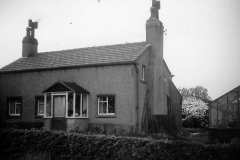 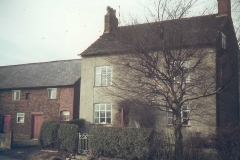 Snape Farm and Barn Built in the mid-19th century, this is no longer a working farm but is now a private house. The barn was converted into a private dwelling in the 1991. 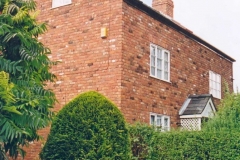 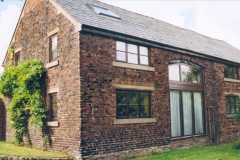 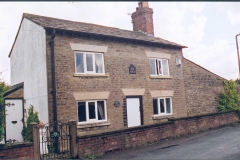 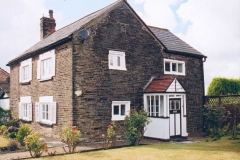 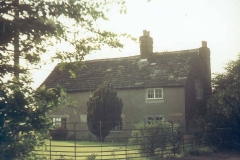 Ivy House Farm Originally a farm, this building has been greatly extended.
◄12345►