You are here: Home » Annual Events

Regular events in Newburgh include Newburgh Fair and a grand bonfire and fireworks. 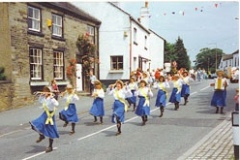 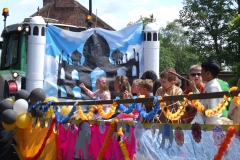 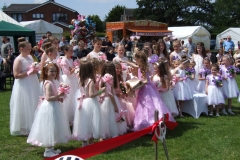 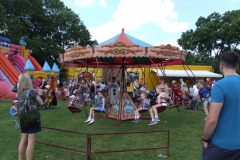 In the fourteen century Newburgh was renowned for its weekly market and an annual fair which was held in June and included sporting events, aunt sallies, merry-go-rounds and all the fun of the fair.

The concept of the modern day Newburgh Fair was the brainchild of the Reverend Douglas Bell, vicar of Newburgh from 1952 to 1976. Newburgh Fair was resurrected in 1977 and organised by a group of local volunteer residents. Since then it has been held in June each year.

A themed procession takes place around the village, Rose Queens are crowned, a fete takes place with fairground rides and stalls for charity, there is entertainment in an arena and there is an evening ball.

Today the fair continues to be organised by a group of residents (supported by most of the village on the day!). It has raised thousands of pounds for local charities.

After a gap of two years due to COVID Newburgh Fair is back for a one day event on Sat 18 June with a procession through the village at 12pm followed by entertainment on Newburgh School Field. For more information contact Fiona Casey Tel 01257 463837 email fionacasey@live.com See also https://www.facebook.com/newburghfair/

Click here for a slide show of Newburgh Fair 2019

Douglas Valley Lions An annual Bonfire and Fireworks is held at the Red Lion Hotel field in November. 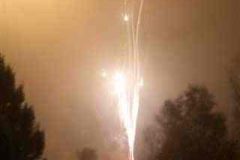 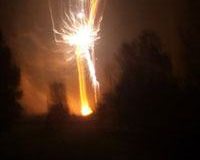 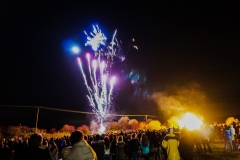 An annual competition, organised by Lancashire County Council and Lancashire Tourism Partnership. Newburgh has won the competition on four occasions and been runner-up several times. It won the Champion Village Class for the second time in 2006, was highly commended in 2010 and won the Small Villages category in 2011.